Lagos State Government has dismissed the rumoured suspicion of cases of the Coronavirus Disease (COVID-2019) in Gowon Estate, Alimosho Local Government Area of the State.

The Commissioner for Health, Prof. Akin Abayomi, dismissed the rumour making the rounds on social media that Chinese from Wuhan, China residing in Osoba Close, Gowon Estate displayed severe symptoms of Coronavirus disease, saying there is no truth in the report.

Giving an update on investigations carried out by the Ministry through its surveillance team, Prof. Abayomi declared that there are no suspected or confirmed cases of Coronavirus in Lagos State contrary to fake news being circulated in the media.

Speaking further, the Commissioner explained that the State surveillance team and other relevant stakeholders in Alimosho visited the alleged scene of the suspected cases and its environs on the 9th of February 2020 and discovered that there were no Chinese nationals residing or carrying on business in and around any of the streets of the communities visited.

He said, “In a bid to further investigate the rumour, the surveillance team of Lagos State Ministry of Health and the Alimosho community stakeholders were in Gowon Estate and its environs on 9th February 2019, the alleged scene of the suspected cases”.

“The team interrogated residents living in and around Osoba Street in Alaguntan Ward, Segun Majekodunmi Street and other randomly selected houses in Alimosho, but there were no Chinese nationals residing or carrying on business in and around any of the streets and communities visited”, he added.

“The team expanded its search to hotels around Alimosho and Gowon Estate where a Taiwanese lady was identified to have visited one of the hotels but nothing concrete linking her to China was found. Three Egyptian nationals who were sighted buying drugs at a particular pharmacy were also interrogated but were found to be businessmen who had no link whatsoever with China”, the Commissioner said.

Abayomi, however, stated that the contact phone numbers of Alimosho LGA Disease Surveillance Notification Officer were given to relevant stakeholders in case they come in contact or have knowledge of any Chinese nationals living within the community or anyone arriving from China.

He assured that the State surveillance team has scaled up its search by placing hotels and other resort centres on active surveillance to closely monitor visitors, travelers, and non-nationals, especially those of East Asian and Chinese origin.

The Commissioner said awareness and sensitisation efforts have been scaled up in all communities across the State, adding that engagement of community stakeholders on the virus and other infectious diseases is on course at the grass-roots to further enhance capacity for effective monitoring of suspected cases in the communities.

“Dedicated call centre phone lines have been circulated in the communities to enable prompt reporting of suspected Coronavirus Disease cases and other infectious diseases. The team is currently engaging and mobilising Community Development Associations (CDAs), Community Development Committees (CDCs) and Rapid Response Teams (RRT) at LGAs and LCDAs across the State to support the surveillance efforts of the Ministry of Health”, he disclosed. 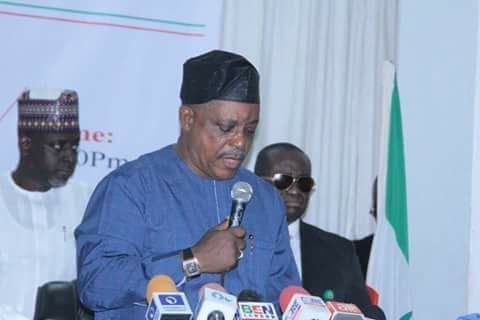