The Polish novelist and activist Olga Tokarczuk and the controversial Austrian author Peter Handke have both won the Nobel prize in literature.

The choice of Tokarczuk and Handke comes after the Swedish Academy promised to move away from the award’s “male-oriented” and “Eurocentric” past. 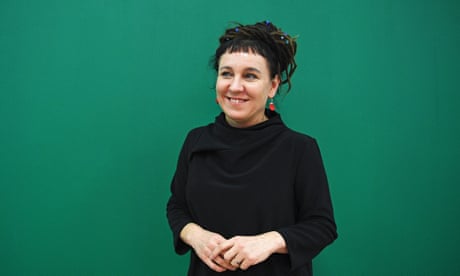 Tokarczuk, an activist, public intellectual, and critic of Poland’s politics, won the 2018 award, and was cited by the committee for her “narrative imagination that with encyclopedic passion represents the crossing of boundaries as a form of life”. She is a bestseller in Poland, and has become much better known in the UK since winning the 2018 Booker international prize for her sixth novel, Flights. The Nobel committee’s Anders Olsson said her work, which “centres on migration and cultural transitions”, was “full of wit and cunning”.

Picking Handke, who was cited for “an influential work that with linguistic ingenuity has explored the periphery and the specificity of human experience”, as 2019’s winner has already provoked controversy. The Kosovan ambassador to the US, Vlora Çitaku, called the decision “scandalous … a preposterous and shameful decision”.

The Austrian playwright and novelist, who has Slovene roots on his maternal side, spoke at the 2006 funeral of Serbian war criminal Slobodan Milošević, declaring “I don’t know the truth. But I look. I listen. I feel. I remember. This is why I am here today, close to Yugoslavia, close to Serbia, close to Slobodan Milošević.” After widespread criticism, he turned down a nomination for the Heinrich Heine prize before politicians could withdraw it over his political views. His 2014 win of the International Ibsen award was met by protests in Oslo.

Perhaps more gallingly for the Nobel committee, Handke also called for the prize to be wound up in 2014. “The Nobel prize should finally be abolished,” he told Austrian newspaper Die Presse, adding that though it delivered “a moment of attention, six pages in the newspaper”, he did not admire the choices. Recalling that Handke had called the prize a “false canonisation” of literature, the Slovenian philosopher Slavoj Žižek said this year’s award “proves that he was right”.

“This is Sweden today,” Žižek continued, “an apologist of war crimes gets a Nobel prize while the country fully participated in the character assassination of the true hero of our times, Julian Assange. Our reaction should be: not the literature Nobel prize for Handke but the Nobel peace prize for Assange.”

Handke, known particularly for the play Über die Dörfer (Walk About the Villages), the novel Die Wiederholung (Repetition), and the screenplay for Wim Wenders’ Wings of Desire, is, according to Olsson, “one of the most influential writers of contemporary fiction, and part of the literary debate since 1966”, who “with great artistry explores the periphery and unseen places”.

The committee acknowledged the issues surrounding Handke in their citation for the award, admitting that “he has, at times, caused controversy”, but adding that “he cannot be considered an engaged writer in the sense of Sartre, and he gives us no political programs”.

The permanent secretary of the Swedish Academy, Mats Malm, said both laureates had been informed of their win. Handke was at home, and Tokarczuk was on a reading tour in Germany and had to pull her car to the side of the road when she received the call.

Handke’s pro-Milošević stance has seen him condemning “criminal” Nato intervention in Serbia, and claiming that the Muslims had staged their own massacres in Sarajevo and blamed them on the Serbs.

According to Fiammetta Rocco, culture correspondent of the Economist and administrator of the Booker international prize, the two winners should be seen “in context together”.

“They have obviously very different writing styles but they do write about contested lands, about who owns memory, about the central human need to tell stories,” Rocco said. “Olga Tokarczuk of course is beloved by everybody except the hard Polish right, Peter Handke is not so beloved of everybody, except for the arch followers of Slobodan Milošević, but still they are both greatly admired for their formal work, for their imagination, for their use of language. There’s more in seeing them together than separately. The more I think about it the more I think it was a very conscious choice to pair these two writers together.”

Speaking to the Polish television channel TVN24, Tokarczuk said she believes in the novel as a “deep way of communication across borders, across languages, across cultures”. She confirmed she had heard that the Polish culture minister Piotr Glinski had never read her books, adding that “there are readers for whom this can be boring or not fit their temperament. Not everyone needs to read me.” After the award, Glinski congratulated Tokarczuk, and said he will revisit her work.

At Tokarczuk’s UK publisher, Fitzcarraldo, a small independent press which also published 2015’s Nobel laureate, Svetlana Alexievich, Jacques Testard was about to speak to his printers to rush through reprints of her books Flights and Drive Your Plow Over the Bones of the Dead. Tokarczuk had not been published in the UK for some time when he approached her about taking on her work – he had wanted to find a Polish writer to publish in English in the wake of the Brexit referendum, and the violence against the Polish community that followed in its wake. Tokarczuk, he said, was the clear choice.

“She’s such a special writer – she has an incredible range,” he said. “She’s also a political activist and dissident, and a figurehead for a more progressive, feminist, environmental politics. She’s a public intellectual and doesn’t shy away from that.” 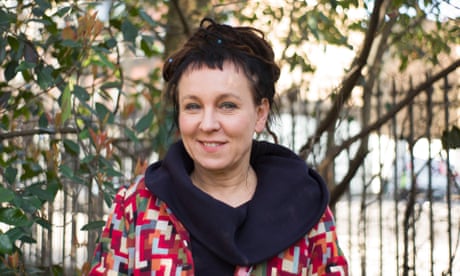 Olga Tokarczuk: ‘I was very naive. I thought Poland would be able to discuss the dark areas of our history’

In 2014, her Polish publisher had to hire bodyguards to protect her after she outraged right-wing patriots by saying Poland had committed “horrendous acts” of colonisation in the past, leading to her being described as “targowiczanin” – an ancient term for traitor.

The selections of Handke and Tokarczuk follow an unprecedented two years of scandal at the Swedish Academy. Last year’s prize was postponed because of the “reduced public confidence” that followed rape accusations made against Jean-Claude Arnault, the French husband of academy member Katarina Frostenson. Frostenson and six other members ended up leaving the Swedish Academy amid bitter rows over how the accusations were handled, and Arnault, who was also accused of leaking the names of laureates, is now in prison for rape.

The prize is given to, in the words of the will of Alfred Nobel: “the person who shall have produced in the field of literature the most outstanding work in an ideal direction.” There have been 116 literature laureates to date – of whom just 15 are women. English is by far the most common language for Nobel laureates, with 29 winners writing in English, followed by 14 in French, 14 in German, 11 in Spanish and seven in Swedish.

Olsson, who is chair of the Nobel prize in literature committee, admitted earlier this month that: “we had a more Eurocentric perspective on literature, and now we are looking all over the world.” Olsson also admitted to a “much more male-oriented” perspective in the past, which he said was changing.

The Swedish Academy has long tended to veil the process for choosing its candidates in mystery, with its 18 members elected for life, and nominations of candidates not made public until 50 years have passed. Told to show “greater openness towards the outside world” by the Nobel Foundation, and charged with restoring its credibility, it now allows members to voluntarily resign, and has appointed seven new members, with Malm taking over from former permanent secretary Sara Danius, who was forced out during the Arnault scandal.