Nigeria is at the risk of losing assets worth $9billion to Process & Industrial Developments Ltd., a UK small natural gas company, following a court order that gave the company the nod to seize the assets.

Counsel to the company, Andrew Stafford Q.C said yesterday in London that Judge Christopher Butcher “ruled decisively in P&ID’s favour and has comprehensively rejected Nigeria’s efforts to avoid payment of this award of over $9.6 billion.”

“P&ID is committed to vigorously enforcing its rights, and we intend to begin the process of seizing Nigerian assets in order to satisfy this award as soon as possible,” Stafford added.

The $9billion – almost 2.5% of Nigeria’s annual gross domestic product – is about the largest financial liability in the country’s history.

The verdict paves the way for the British Virgin Islands-based company to start making applications to seize Nigerian assets in Britain.

The litigation stemmed from a 20-year gas and supply processing agreement (GSPA) between P&ID and the federal government in 2010 to build a state-of-the-art gas processing facility in Calabar.

The project however collapsed because Nigeria did not meet its end of the bargain.

The firm then resorted to litigation.

It was first awarded $6.6 billion in an arbitration case in January 2017 by a US District Court.

The federal government refused to pay the sum.

The damages increased to $9 billion after interest.

The federal government explained the US court’s decision away then as a “default entry made by the clerk of the United States’ District court.”

Solicitor-General of the Federation, Dayo Apata, told reporters in Abuja a year ago that default entry’ was not a judgment, and that the court lacked constitutional powers to institute such an order against a sovereign state like Nigeria.

Vice President Yemi Osinbajo, SAN, met today with South West Governors, the Attorney General of the Federation and the Inspector General of Police. The meeting was at the instance of the Governors who had asked to see President Muhammadu Buhari over the controversy surrounding the Amotekun Initiative. However, due to the President’s foreign engagement, he […]

US issues new rules restricting travel by pregnant foreigners, fearing the use of “birth tourism”

The Trump administration will implement a new policy Friday to make it more difficult for foreign nationals to travel to give birth on US soil to ensure their children become American citizens, a practice commonly known as “birth tourism.” The new rules will be effective January 24, according to a State Department cable obtained by CNN, […]

In a bid to enhance the prosecution of suspects arrested for involvement in illegal oil bunkering in the Niger Delta, the Economic and Financial Crimes Commission, EFCC has offered to train officers of the 6 Division, Nigerian Army in the intricate art of evidence gathering and handling to guarantee successful prosecutions in court. Usman Iman, […]

US says it will no longer issue visas for ‘birth tourism’

The United States says it will no longer issue visas to foreigners who want to give birth in the country. According to a statement released by the office of the press secretary, the rule will be effective from Friday, January 24.   -TheCable 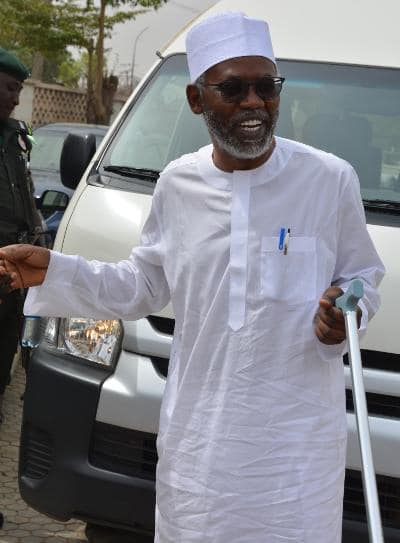 The Economic and Financial Crimes Commission, EFCC on January 23, 2020, arraigned Muhammed Bello Adoke, before Justice A.I. Kutigi of Federal Capital Territory High Court, Abuja. Adoke, a former attorney-general of the federation and minister of Justice is facing an amended 42-count charge. He is being tried alongside Aliyu Abubakar, Mr. Rasky Gbinigie, Malabu Oil […]