Wendy Williams’ personal representative told “Extra” in a statement, “Thank you to everyone for respecting the family’s privacy during this time. Kevin is supportive of Wendy and they are working through this process together.”

It’s over between Wendy Williams and Kevin Hunter after 21 years of marriage.

Page Six reports Wendy filed for divorce on Thursday, just days after reports he fathered a child with another woman.

According to TheBlast.com, Kevin was served with papers at Thursday’s taping of “The Wendy Williams Show,” where he serves as an executive producer. Insiders tell the site that Wendy decided to file after he came clean to her about his actions weeks ago.

It has been a tough few months for Wendy, who recently took two months off from her talk show. 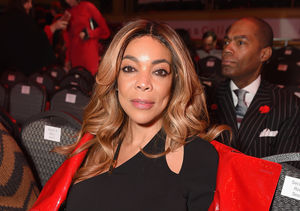 Wendy Williams Living in a Sober House: ‘I Want You to Know More of the Story’

At first, she told fans she was recovering from a fractured shoulder and suffering from Grave’s disease. Later, she revealed she had moved into a sober-living house.

When she returned to the show March 4, she tried to put split rumors to rest. “I’m still very much in love with my husband and anyone who’s been married… you know. Marriages have ebbs and flows, marriage isn’t easy. And don’t ask me about mine until you see this gone,” she said, gesturing to her ring. “And it ain’t going anywhere, not in this lifetime.”

She did take her ring off Thursday and even shot a video with makeup artist Merrell Hollis showing off a flowery ring on her ring finger. He posted the video on Instagram with a diamond emoji

Williams revealed in her 2004 memoir “Wendy’s Got Heat” that Kevin cheated on her after Kevin was born.

In 2013, she opened up to VladTV about how they worked through it, saying, “It has made our marriage — and I know this is cliché, but it’s true — it’s made our marriage stronger. No, I’m not back to the girl I was before him, because when you get stung like that, you never go back to who you were — only a fool does. But I love him, and he loves me, and we addressed it head-on.”