British police dragged WikiLeaks founder Julian Assange out of Ecuador’s embassy on Thursday after his seven-year asylum was revoked, paving the way for his extradition to the United States for one of the biggest ever leaks of classified information.

Hours after the frail-looking Assange, with white hair and a long beard, was carried head-first by at least seven men out of the London embassy and into a waiting police van, U.S. officials announced he had been charged with conspiracy to commit computer intrusion.

As he was being hauled out of the embassy in a dramatic scene shortly after 0900 GMT, the Australian-born Assange was heard shouting, “This is unlawful, I’m not leaving.”

British Prime Minister Theresa May hailed the news in parliament, to cheers and cries of “Hear, hear!” from lawmakers.

But in Washington, President Donald Trump, who in 2016 said “I love WikiLeaks” after the website released emails that U.S. authorities have said were hacked by Russia to harm his election opponent Hillary Clinton, told reporters he had no opinion on the charges against Assange“I know nothing about WikiLeaks. It’s not my thing,” Trump said.

Assange gave a thumbs up in handcuffs as he was taken from a police station to a London court, where he pronounced himself not guilty of failing to surrender in 2012. District judge Michael Snow called Assange a “narcissist” and convicted him of skipping bail. Sentencing will be at a later date.

Police said they arrested Assange, 47, after being invited into the embassy following the Ecuadorean government’s withdrawal of asylum. He took refuge there in 2012 to avoid extradition to Sweden over a sexual assault investigation that was later dropped.

Assange was carried out of the building – located behind the luxury department store Harrods – carrying a copy of Gore Vidal’s “History of The National Security State”, which he continued reading in court.

In Washington, the U.S. Justice Department said Assange was charged with conspiring with former Army intelligence analyst Chelsea Manning to gain access to a government computer as part of a 2010 leak by WikiLeaks of hundreds of thousands of U.S. military reports about the wars in Afghanistan and Iraq and American diplomatic communications.

The indictment was made secretly last year and unsealed on Thursday. He faces up to five years in prison if convicted, with legal experts saying more charges were possible.

Ecuador suspended Julian Assange’s citizenship and accused him and others at WikiLeaks of collaborating in attempts to destabilize the Andean nation’s government, after years of offering him shelter.

Lawyers for Assange said he may risk torture and his life would be in danger if he were to be extradited to the United States.

The arrest, after years holed up in a few cramped rooms at the embassy, represented one of the most sensational turns in a tumultuous life that has transformed the computer programmer into a fugitive wanted by the United States.

“The whole House will welcome the news this morning that the Metropolitan Police have arrested Julian Assange, arrested for breach of bail after nearly seven years in the Ecuadorean embassy,” May said.

Supporters of Assange said Ecuador had betrayed him at the behest of Washington, that the ending of his asylum was illegal and that it marked a dark moment for press freedom.

“Journalists around the world should be deeply troubled by these unprecedented criminal charges,” Barry Pollack, a lawyer for Assange, said in a statement reacting to the U.S. indictment.

His admirers have hailed Assange as a hero for exposing what they describe as abuse of power by modern states and for championing free speech. His detractors have painted him as a dangerous figure complicit in Russian efforts to undermine the West and U.S. security.

“Under the guise of transparency, Julian Assange and WikiLeaks have effectively acted as an arm of the Russian intelligence services for years,” U.S. Senate Intelligence Committee Chairman Richard Burr, a Republican, said. “Hopefully, he will now face justice.”

The Kremlin said it hoped Assange’s rights would not be violated.

Assange made international headlines in 2010 when WikiLeaks published a classified U.S. military video showing a 2007 attack by Apache helicopters in Baghdad that killed a dozen people, including two Reuters news staff.

Assange’s U.S. indictment arose from a long-running criminal investigation dating back to the administration of former President Barack Obama. It was triggered in part by WikiLeaks’ publication in 2010 of U.S. military reports about the wars in Afghanistan and Iraq and the diplomatic communications – disclosures that embarrassed the United States and strained relations with allies.

The Justice Department said Assange was arrested under an extradition treaty between the United States and Britain.

The indictment said Assange in March 2010 engaged in a conspiracy to assist Manning in cracking a password stored on U.S. Department of Defense computers connected to a U.S. government network used for classified documents and communications.

Manning’s lawyers demanded the release of the former intelligence analyst, jailed last month after being held in contempt by a judge in Virginia for refusing to testify before a grand jury, and said: “continued detention would be purely punitive.”

A Swedish lawyer representing the alleged rape victim said she would push to have prosecutors reopen the case, but a retired senior prosecutor and chairman of NGO Victim Support Sweden said that may be difficult.

“Julian Assange is no hero, he has hidden from the truth for years and years,” British Foreign Secretary Jeremy Hunt said.

Friends of Assange said his solitary existence in the embassy was tough on him.

“It was a miserable existence and I could see it was a strain on him, but a strain he managed rather well,” said Vaughan Smith, a friend who had visited Assange. “The thing that was most difficult for Julian was the solitude.”

“He was very tough, but the last year, in particular, was very difficult. He was constantly being surveilled and spied upon. There was no privacy for him,” Smith said.

“Assange’s critics may cheer, but this is a dark moment for press freedom,” said Edward Snowden, a former U.S. National Security Agency contractor who fled to Moscow after revealing massive U.S. intelligence gathering.

Assange was offered refuge in 2012 by Ecuador’s then-president Rafael Correa, but his relationship with Ecuador has soured under Correa’s successor Lenin Moreno, who has said Assange violated the terms of his asylum. Ecuador accused him of leaking information about Moreno’s personal life. 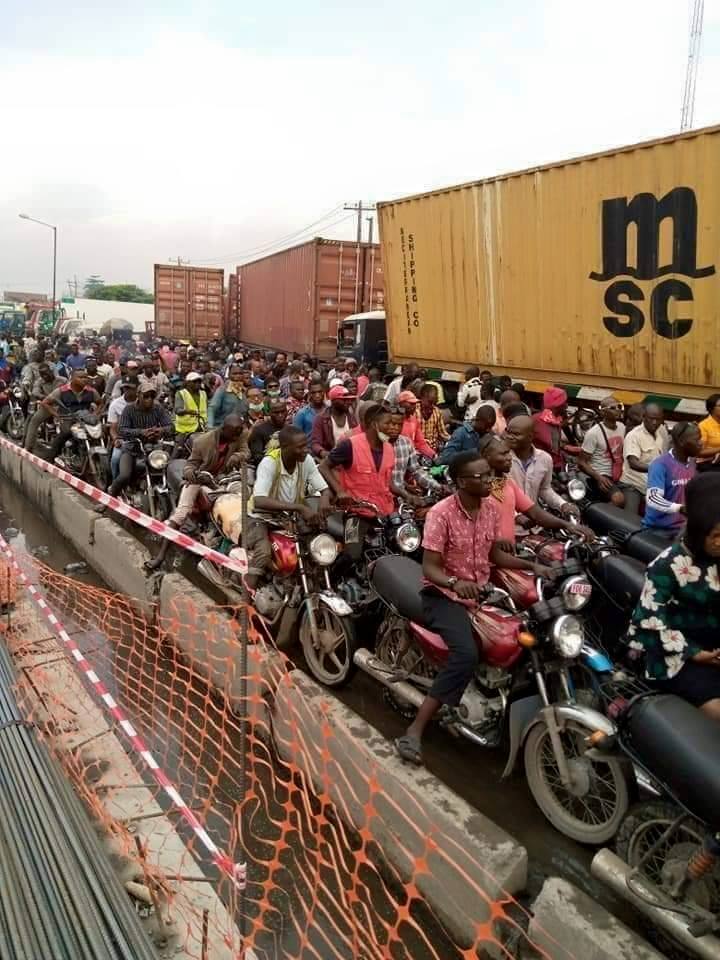 …Restricts Their Operations On 50 Highways, Bridges Lagos State Government on Monday wielded the big stick against the menace of commercial motorcycles (Okada) and tricycles (Keke NAPEP), proscribing their operations in six Local Government Areas (LGAs), nine Local Council Development Areas (LCDAs) and 10 major highways across the State with effect from February 1. The […]

Central Bank of Nigeria (CBN) Governor, Mr. Godwin Emefiele on Monday assured that local tomato farmers and processors will be sufficiently financed under the Anchor Borrowers Programme (ABP) to meet local demand and bridge an annual shortfall of more than 1.2 million tonnes valued at about $2.5billion annually, which is met through importation and smuggling. […]

Rising from a security meeting a few hours ago, the Lagos State government and the State Security Council have banned operations of motorcycles (Okada) and tricycles (Keke) in the state. In a statement signed by the Commissioner for Information and Strategy, Gbenga Omotoso, Governor Sanwo-Olu said the decision was reached in the interest of security […]

The Chairman of the National Assembly and Senate President, Senator Ahmad Lawan, has said the Senate will commence constitutional review to meet the yearnings of all sections of Nigeria. Lawan said the chairman of the constitution review committee would be the Deputy Senate President, explaining that this has been a tradition of the Senate and […]

Member representing Esan West, Esan Central, and Igueben Federal Constituency at the National Assembly under the platform of the Peoples Democratic Party (PDP), Hon. Joe Edionwere has endorsed the re-election of Edo State Governor, Mr. Godwin Obaseki. Edionwere threw his support for the governor’s re-election during a thanksgiving service to celebrate the electoral victory of […]