…Renewed commitment to rescuing others in captivity
President Muhammadu Buhari has approved the payment of the sum of N164,763,759 (one hundred and sixty four million, seven hundred and sixty-three naira) for the second semester school fees of the 106 Chibok girls at the American University of Nigeria (AUN) in Yola.
President Buhari also renewed his commitment to bring back all the Chibok Girls held by terrorists operating in the Northeast using all possible means.
The president, in a statement by his Senior Special Assistant on Media and Publicity, Mallam Garba Shehu, on Sunday in Abuja, expressed appreciation of the progress made in the rehabilitation of the 106 of those freed who are now back in school.
He made the statement while reviewing the progress report submitted to him in line with his commitment to personally monitor the rehabilitation and reintegration into society of the freed Chibok girls.
He gave assurances that government will provide full support for their education.
According to the progress report received by the President, the decision to pursue avenues in addition to military action to free the abducted girls is in the resolve to protect the lives of all Nigerians, to end the insurgency in the northeast of the country, and to fulfil one of the campaign promises of the President.
In line with this, it said the Federal Government entered into negotiations with the Boko Haram Terrorist group for the release of the Chibok girls who were kidnapped from their school dormitory on the night of April 14, 2014.
“So far, two batches of 21 and 82 girls have been freed as a result of those negotiations. Three additional girls were rescued by the gallant efforts of our armed forces, bringing the total number of freed Chibok girls so far to 106.
“As a result of their experiences while in captivity, the freed girls were severely traumatised and afflicted by various ailments and injuries. Hence, they were taken to secure medical centres for attention. They also went through debriefing and de-radicalisation by security operatives, after which the girls were handed over to the Federal Ministry of Women Affairs and Social Development.
“The Federal Ministry of Womens Affairs and Social Development was assigned the main role in supervising the rehabilitation and reintegration of the girls back into society. Long before the girls were released, the Federal Government had established the ‘Chibok Girls Desk’ in the ministry, responsible for acting on matters relating to the abducted Chibok schoolgirls, and serving as a channel of communication between relevant agencies and the parents and relatives of the abducted girls.
“The government, through the ministry of women affairs and in collaboration with the United Nations Fund for Population Activities,UNFPA, UN Women, and other donor agencies, embarked on programmes earmarked to facilitate the rehabilitation and reintegration of the Chibok girls with a nine-month time frame.
“A hostel in the National Centre for Women Development was converted into a suitable shelter, where the girls were kept for the nine-month period. The programme, which began in January 2017, ended in September 2017. During the period, the 106 girls were given lessons in English, mathematics, Biology, Agriculture, and Civic Education. In addition, they were trained in ICT and vocational skills. Professionals were engaged to provide them with psychosocial therapy and one-on-one counselling to help them overcome post-traumatic stress disorder (PTSD).
“They were also provided with religious instruction and comprehensive care by two in-house doctors and two nurses. Periodic visits from the girls’ parents to stimulate family support and reunion were sponsored and organised by the ministry.
“Having successfully achieved the desired goals of the rehabilitation and reintegration programme, which recorded significant improvement in the academic performance of the girls, in September, a final send-off party was organised for the 106 Chibok girls and they were subsequently moved to the American University of Nigeria (AUN) in Yola for their foundation studies and continuation of their education. The AUN had successfully established a foundation school for 14 out of the 57 Chibok girls who escaped while the rest of their classmates were taken to the Sambisa forest by Boko Haram.
“The absorption of the 106 girls into the school marked the beginning of their integration into the larger Nigerian society, thus fulfilling President Buhari’s promise of providing the best education for them. Although they have been officially handed over to their parents, the federal government will continue to be responsible for the payment of the Chibok girls’ school fees right up to their graduation from the school,” the statement said. 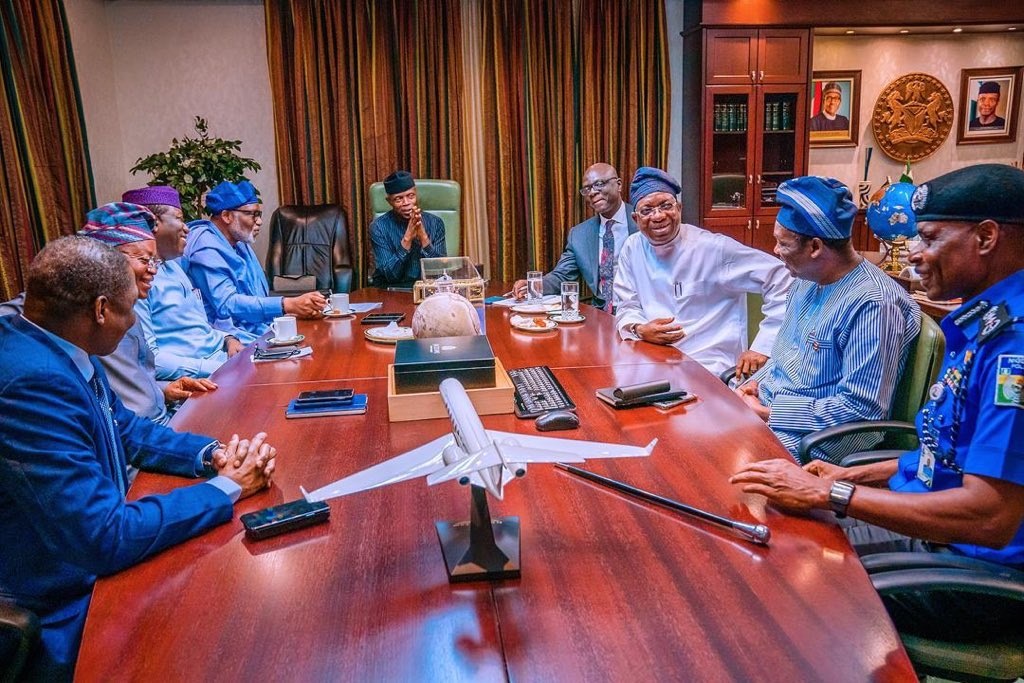 Vice President Yemi Osinbajo, SAN, met today with South West Governors, the Attorney General of the Federation and the Inspector General of Police. The meeting was at the instance of the Governors who had asked to see President Muhammadu Buhari over the controversy surrounding the Amotekun Initiative. However, due to the President’s foreign engagement, he […]

US issues new rules restricting travel by pregnant foreigners, fearing the use of “birth tourism” 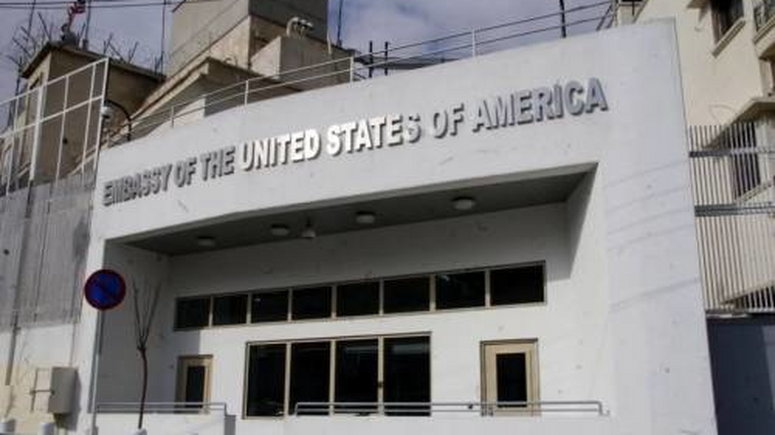 The Trump administration will implement a new policy Friday to make it more difficult for foreign nationals to travel to give birth on US soil to ensure their children become American citizens, a practice commonly known as “birth tourism.” The new rules will be effective January 24, according to a State Department cable obtained by CNN, […] 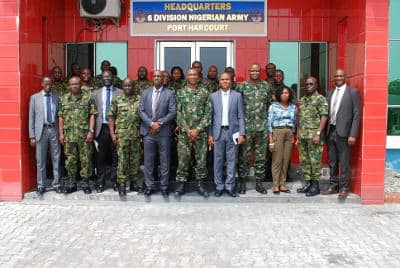 In a bid to enhance the prosecution of suspects arrested for involvement in illegal oil bunkering in the Niger Delta, the Economic and Financial Crimes Commission, EFCC has offered to train officers of the 6 Division, Nigerian Army in the intricate art of evidence gathering and handling to guarantee successful prosecutions in court. Usman Iman, […]

US says it will no longer issue visas for ‘birth tourism’

The United States says it will no longer issue visas to foreigners who want to give birth in the country. According to a statement released by the office of the press secretary, the rule will be effective from Friday, January 24.   -TheCable

The Economic and Financial Crimes Commission, EFCC on January 23, 2020, arraigned Muhammed Bello Adoke, before Justice A.I. Kutigi of Federal Capital Territory High Court, Abuja. Adoke, a former attorney-general of the federation and minister of Justice is facing an amended 42-count charge. He is being tried alongside Aliyu Abubakar, Mr. Rasky Gbinigie, Malabu Oil […]